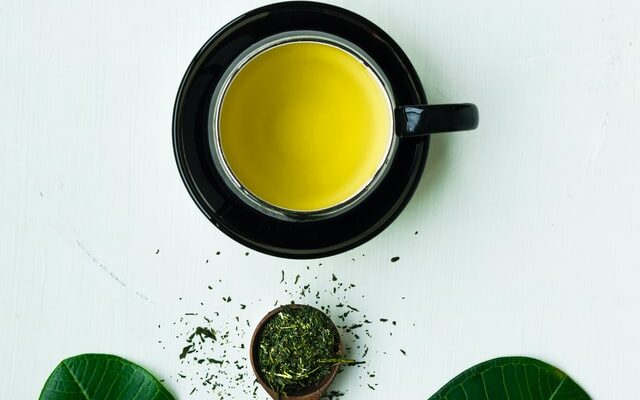 Tea or popularly known as Chai, is a beverage prepared by mixing some leaves of a plant in cold or hot water.

Tea has gained popularity all over these years and is enjoyed by the whole world.

According to Wikipedia, tea is the second largest most consumed beverage after water.

All teas are made up by drying the leaves of Camellia sinensis plant, but what determines the type of tea is its level of oxidation.

With its good taste and countless health benefits, organic green tea acts as a perfect drink for your daily routine.

Green tea comes in various variants like tulsi green tea or lemon green tea and can be enjoyed both as a hot beverage or a cold beverage.

Some of the variants of green teas are

Once a great man said, “Many men mind many minds,” and nothing was as apt as this saying.

The same goes for the history of green tea.

There are numerous theories on the discovery of green tea. However, not all are true. Historians believe that one day the Chinese Emperor was sipping his usual cup of warm water, and a dead tea leaf fell in his cup; he found the flavor of it very refreshing, that’s how one of the most beloved tea was born. The reason why historians believe this conception to be true is that this incident was later described in a book named “Cha jing” or “The classic of tea” by Lu Yu during the Tang dynasty between 760 CE and 762 CE was the first-ever book written about tea. Not only during that period, but the book also served as a great source of record for historians. The book described the art and culture of green tea, and It was only through this book that the world came to know about tea as one of the oldest beverages and how it can be prepared and served. Today, green tea resulting from an accident has grown its popularity worldwide, and every age group enjoys it. Most people prefer green tea instead of ordinary tea because of its aroma, taste, and countless health benefits.

Are you a Chai lover but also want to burn your body fat?

You want that refined body but also can’t settle for anything else than chai?

In this world where everyone wants a perfect body with an ideal mind-set, green tea helps burn fat by making your metabolism rate more efficient.

Just a cup of green tea can make a huge difference, and you can shed all your extra fat without even comprising your daily cup of tea.

2. Can protect you from cardiovascular diseases.

A substance called catechins, a type of antioxidant present in green tea helps reduce the effects of insulin resistance by decreasing the digestion and absorption of carbohydrates in the human body, thereby lowering the chances of type 2 diabetes.

4. Acts as a Cure for Bad Breath

Are you tired of people continuously nagging you about your bad breath even tho you brush regularly and maintain all the oral hygiene?
Badmouth odor is often caused by the germs and bacteria present in your mouth, and sometimes it gets tough to get rid of them. Green tea contains compounds called polyphenols which include catechins, theaflavins, tannins, and flavonoids. They fight naturally occurring germs in your mouth and help in keeping your breath elegant.

5. Helps your brain cells in working faster and effectively.

Green tea contains a good amount of caffeine which not only increases your concentration but also helps you in staying focused and boosting the speed of neurons resulting in faster and effective working of your brain.

It also helps you in being active and energized the whole day long.

6. Lowers the risk of cancer

Cancer, one of the deadliest diseases of the world, can be prevented by green tea.

However, there is not much evidence to prove this point yet, but green tea drinkers are less likely to catch cancer than milk tea drinkers. Cancer is caused by the rampant growth of the cells in our body, and the antioxidants present in green tea helps by stopping them from growing and hence lowering the risks of various types of cancer such as skin, breast, lungs, and bladder cancers.

The antioxidants like polyphenols present in green tea are also helpful in reducing your cholesterol level. Other than these, there are so many other benefits of green tea, and many more types of research are going on to prove some different assumptions.

Green tea has proven to be highly effective in anti-aging your skin. The antioxidant named EGCG (epigallocatechin gallate) Fights against dead skin cells and helps prevent skin damage such as wrinkles, creases, and sunburns. Researchers have also shown that green tea helps prevent skin cancer too.

How is green tea prepared?

Now let’s come to the central part of how you can enjoy your cup of green tea!

Making a cup of green tea is much easier than making milk tea.

You just have to boil some water and put in some green tea leaves in it and wait till the water turns dark yellowish.

You can add sugar if you want, but we will advise you just add lemon or honey to it instead of sugar.

That was all about green tea, how it was found, how it is prepared, and how it can affect your health.

This is why green tea is considered one of the healthiest tea among all the variants of tea in the world.

If you are still contemplating switching your daily cup of milk tea to green tea, then this is your sign to go for it!

We bring you the best organic produce filled with the richness of Himalayas, naturally processed and packed to ensure goodness.

Nature has always allured us with its goodness our home is where we get our energies from, let’s decorate it with natural fiber, divine arts, aromas, and much more.

Blog Categories
Recent Posts
Sign in Create an Account
Lost your password?
Select the fields to be shown. Others will be hidden. Drag and drop to rearrange the order.
Click outside to hide the comparison bar
Compare